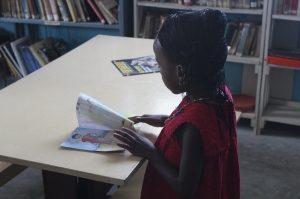 The brothers who were in charge of organizing international aid for damages caused by last year’s hurricane have highlighted the need for the Marist sector to be more self-sufficient in the long run.

“We do not know how many more years the province of México Occidental will be able to support us,” they revealed in the final report of Haiti for FMSI in September.

“At times we live by surviving so many things that need to be done and we do not give ourselves time to make these processes complete,” continued Brother Enrique Escobar Zúñiga, the project coordinator.

Hurricane Matthew struck Haiti on Oct. 3, 2016, causing numerous casualties and extensive damage to the homes of the Brothers.

“We responded to an emergency, we sought help from abroad and the best way to distribute it or to make it available (but) we did not involve and commit the beneficiaries,” Br Enrique wrote in the report. “For example, (we did not) reflect with them on how to organize to rebuild their cement houses.”

On the other hand, the emergency aid for the food and the reconstruction of the schools of Dame Marie and Latibolière enabled the classes to begin a month after the hurricane and no professor emigrated to another city.

“We are convinced that schools are a means that can help educate to transform hearts and reality,” he added. “By returning to school, you give students something to do and that reassures families and gives them the message that things will return to normal and their children will receive at least one meal a day.”

Haiti belongs to the province of México Occidental and, in addition to the country’s nine brothers, it has six Mexican brothers who serve there.