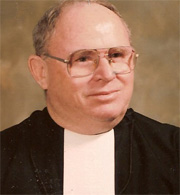 On September 4, 1964, I left the home of my youth in the Highbridge Section of the Bronx and traveled on the subway with my parents to Grand Central Station to board a Boston bound New Haven train with the instructions to get off at Route 128. After a tearful goodbye, I began the journey. As the train made its way up the coast line an acute sense of homesickness overtook me. Since my Dad and I were very close, I began to wonder what life would be like without his presence.

My wondering thoughts were put to rest when I stepped off the train at Route 128. The man walking toward me had the same body structure as my Dad, as well as the same smile and gait. He put his hand out (he had my Father’s handshake as well) and said, “Welcome, James, to the Novitiate. My name is Brother John Francis.” A very special friendship that lasted 47 years was given birth at that moment and it has been a beautiful ride. In the years since that first meeting I have come to know John’s brothers and sisters and their respective children and grandchildren. Yes, a beautiful ride indeed.

In the Novitiate, John introduced me and countless others over his seven years of Ministry on the staff in Tyngsboro, Massachusetts, to Marist Spirit, the importance of being able to express oneself in the essay form of writing and the importance of literature in one’s life. Years later when I lived with John in community and I was teaching literature, John told me on more than one occasion what William Faulkner said in his acceptance speech for the Noble Prize for Literature in 1950. The role of the poet and the novelist and any writer is to “create out of the agony and sweat of the human spirit something which did not exist before,” and that it is the privilege of the writer “to help mankind endure by lifting the reader’s heart.” I can’t even begin to imagine how many hearts John lifted in his 84 years here on Earth, 67 of them as a Marist Brother.

John was the quintessential Marist: he was excited about not only what was happening here in America among the Brothers, but what was happening in other parts of the Marist world. At the same time he was a beacon of welcome to any Marist Brother who rang the front doorbell of the house where John was residing.

I quote William Wordsworth from his Ode on Immortality and take poetic license to fit this occasion.

“What though the radiance that was once ours so bright, our beloved John Francis Xavier Colbert, now forever taken from sight. Though nothing can bring back the hour of splendor in the grass, glory in the flower we will grieve not but find strength in what remains behind. In the primal sympathy which having been must always be. In the soothing thoughts that spring from human suffering.

“Find strength in what remains behind.”

John leaves us a tapestry of warm and wonderful memories that we will re-live each time we gather and his name surfaces. He always had us laughing and often times he had us laughing at himself. I could recall thousands of events I shared with him that could cause you to laugh, but in the interest of time, limit it to one that occurred in Australia.

It was the summer of 1987 and John and I were visiting the monks “downunder.” They were very gracious to us and our families were very good to us as well with spending money, so with some of the cash John purchased two tickets in the “Bedroom Car” on the overnight train from Sydney to Brisbane. John loved to travel by train. When we arrived in our suite we discovered it was equipped with a shower. Sine John had never taken a shower on a train; he wanted to seize the opportunity. So, as I read my novel, John entered the shower and as he showered sang parts of Beethoven’s Ode to Joy. When finished he opened the curtain and said to me, “James, my towel please. I am completely refreshed.” I handed him the towel and returned to my seat. Just at that moment, the engineer applied the breaks because we were approaching the station. John loses his balance and comes flying across the room – naked and wet – and lands on me. With one hand pinned under John, my novel in the air, I use my free hand to try to close the blinds behind me because now the train is in the station whose platform is peppered with awaiting passengers. I told him if the porter opened the door he was history.

“Now you are sad but WE will see you again and on that day your hearts will be filled with complete joy and that joy no one will ever again take away from you.”
John 16:22

Now I ask you to bear with me for one more minute, as my final words have to be addresses to my Brother directly.

John, in the words of the late Bob Hope, thanks for the memories. Thanks for the laughs and all the jokes you shared with us including the three clean ones. Thanks for being a father figure to me when I really needed one. John, I don’t know what pure spirits look like and I can’t even imagine their world. I know we call it Heaven and all I have are the words of Saint Paul in his first letter to the Corinthians.

“Eye has not seen, ear heard nor has it even dawned on man what God has planned for those who love Him.”
1 Corinthians 2:9

My faith tells me to believe them and I do. However, if it is appropriate in that Heavenly Kingdom when your soul meets the soul of my father, would you please give him a big hug for me? Thanks.

I end with Shakespeare. His character Horatio, speaking at the death of his beloved Prince Hamlet.

“Now smacks your noble heart. So goodnight sweet Prince and may flights of angels sing thee to thy rest.”
Act 5 – Scene 2

Strengthen your Church to be an advocate for the vulnerable.