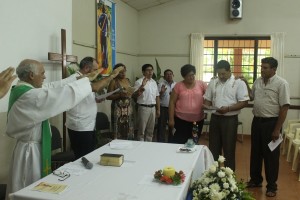 Two Brothers made their religious professions in Bolivia on Jan. 2, the same day the Institute celebrated its 199th anniversary since its founding.

All Marist communities of Bolivia and their animators participated as well as the families of the Brothers.​