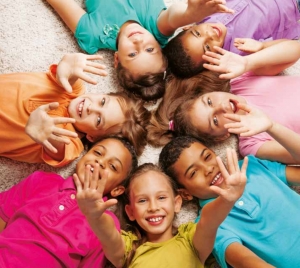 An initiative to promote ecological awareness among youth was presented on May 18 by the Secretariat of Mission to members of the general council.

“We, the Secretariat of Mission, wanted to make a first presentation to some members of the Council to later seek authorization at the next session of the General Council to incorporate it as a work project for the Institute, the regions and the provinces”, Br Carlos Alberto stated on May 25.

It is titled ‘I CAN! Children and young people from all over the world meet the challenge of Laudato Si: on care for our common house.’

The project involves encouraging youths to help meet the challenges presented by the encyclical of Pope Francis, Laudato Si, and the Sustainable Development Goals – a collection of 17 global goals set by the United Nations.

The Institute’s Message of the XXII General Chapter also touches on the importance of the ecology.

The I CAN! initiative will use the “Design for change” methodology that aims to have the youth “feel, imagine, do and share.” This requires them to put into action four basic skills: critical thinking, creativity, cooperation and communication.

The project began in December and the Catholic International Education Office hopes it will be implemented by May 2019.

In November of that year, a meeting will be held in Rome gathering around 9,000 children – welcomed in the city’s Catholic schools – that will reveal their ideas of how to care for “our common home” and how they are responding to the challenges of Laudato Si and the SDG.

Br Carlos Alberto noted that “the aim is to gather 30,000 youth at Saint Peter’s Square, from Catholic schools of Italy and abroad, to show the world that children can change the world, just like the theme says.”

The Marist Brothers form part of the Council since 2015 alongside three other religious congregations. A new Council will be elected during the next World Congress on Catholic Education that will be held in New York City from June 5 – 8, 2019.

The Institute is also part of the OIEC’s general assembly, which is the supreme organ of the Office and is composed of all the constituent and associate members. It meets every four years during the Congress.

All the information here