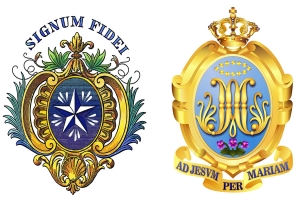 Dear Brothers and Partners of the De La Salle and Marist Congregations,

Greetings. Towards the end of 2014 both our congregations discussed how we might best respond to the increasing crises among displaced people in cross border situations in different parts of the world today. The discussions were within the context of calls from both of our last General Chapters exhorting us to go to “…..new lands” (FMS) and “…..beyond the borders” (FSC). We know that this language is not just a geographical reference but also challenges us to go to the peripheries of personal, cultural, congregational and structural constraints.

Like many of you, we have been inspired by the Apostolic Letter of Pope Francis to all Consecrated People (November, 2014) urging us to consider the prophetic witness of congregations working together. As two collaborating families of Brothers we have the opportunity to “…..find ways to create ‘alternate spaces’, where the Gospel approach to self-giving fraternity, embracing differences, and love of one another can thrive.” Following a fact-finding visit to the borders of Lebanon and Syria carried out by Brothers from our two Congregations, and discussions with Brothers on the ground there, and inspired by our Brothers and Partners in Aleppo, Beirut and Amman, we write to inform you of a joint educational mission venture to that area approved by our two General Councils.

This joint venture proposes two lines of action: First, following suggestions from our local Brothers we will initiate a project that creates spaces to cater for displaced children. This pilot project can guide us to design viable future works both in the Middle East and other parts of the world. Second, we will establish an international coordination office in Lebanon. This is necessary in order to coordinate ready response activities. This office will rely on the direct assistance of local administrative units acting as our Principal Local Partners. Their expertise in the local language, culture, civil and legal matters is essential.

Following the initiation of these two activities, we will be in a better position to decide on an expansion of operations to respond to the needs of alienated youth. The target group, children and youth, is in accordance with both charisms and is within the framework of our core competencies – education and youth ministry. We are calling this joint venture, The Fratelli Project.

We will make known the Fratelli Project in all the administrative units of both congregations as a new international and inter-congregational collaboration open to Brothers and Partners. It will operate under the direction of the two General Councils who will establish a board to assist, in the first instance, on the partnership of the local administrative units and, more widely, on the regional units or conferences to which they belong.

Ultimately the vision of our two General Councils concerns the global reality of displaced persons, especially children and young people, and not simply the immediate refugee crisis in the Middle East. For example children and young people living on the edges of society such as the US-Mexican border and regions of Central Africa are also in our purview.

In all of this we also are open to the possibility of other Brother Congregations joining us.

Let us put this initiative on behalf of vulnerable children and young people in the hands of our Blessed Mother. 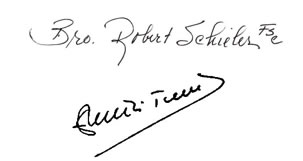