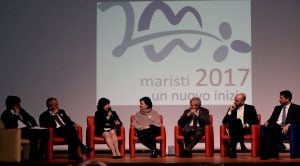 During an Institute’s bicentenary celebration, promoted by former Italian Marist students that took place at the San Leone Magno Institute in Rome, Italian president Sergio Mattarella and ex-student of the same school thanked Marists for having helped him prepare for life.

“Aside from educating, transmitting knowledge and culture, this school and all Marist schools transmit the meaning of life, the preparation for facing growth, the joys, sorrows and difficulties of life and it is something that remains unchanged,” he told the other participants on Jan. 29.

“With the time that passes by, with the seasons that change, there is something that remains intact, which goes beyond time and will continue to go beyond it (which is) the meaning of life, transmitted by the teaching of the Marists,” the president affirmed.

He thanked them for “for what they do, for these two hundred years of long itinerary” and for “what they are doing in our country.”

During the encounter, five former students of Marist schools from Rome, Taormina, Giugliano, Genoa and Cesano Maderno (MB) gave their testimony, explaining how Marist teachings had influenced their life choices.

Mass was then presided by Father Carlo Molari who has celebrated Sunday Mass at the school for many years. The Institute’s director, Brother Daniele Pardo, then invited the President to speak on the stage. 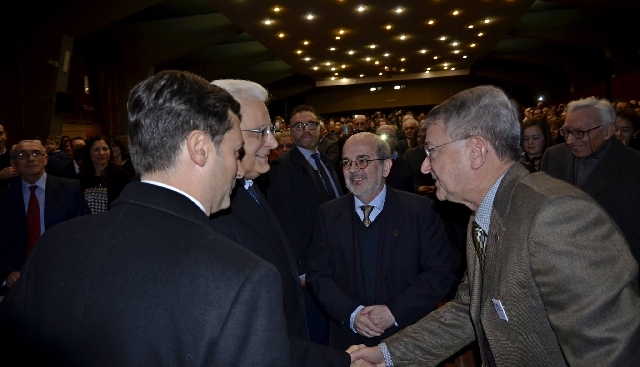