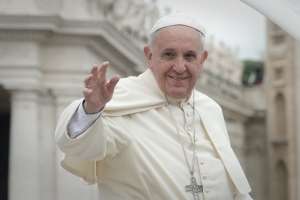 The Marist Brother who leads a community that helps Hispanic immigrants in East Harlem hopes the Pope’s visit to them on Friday will encourage the government to change their policies.

“My personal expectations for his visit include that the ‘wider’ U.S. community gains a better and more realistic appreciation of the immigrant story and be moved to change our government’s policies,” said Br John Klein, leader of ComUnidad Juan Diego.

Pope Francis is scheduled to visit ComUnidad Juan Diego, which operates within the Our Lady Queen of Angels school buildings, at 16.00 pm on Sept. 25.

Br John stressed he hopes “the people in CJD will realize their importance and personal worth, and that the Holy Father and the Church values and loves them.”

“(I hope) that his presence will be both a blessing and an affirmation of our people and of the efforts of the three Marist Brothers who have the good fortune to share our lives with them,” he told the general house press office.

ComUnidad is a project sponsored by the Marist Brothers and the Archdiocese of New York, which initiated it in 2013, to serve an area where there are over 50,000 Mexican immigrants – the majority of whom are illegal.

“He has expressed a desire to meet with immigrants to both better understand their realities and to encourage the country to improve their response to them,” Br John remarked. 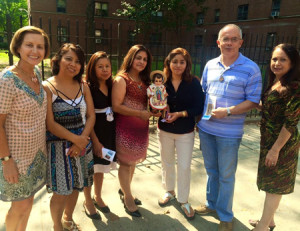 “His visit to our community provides an opportunity to meet directly with a number of immigrants, to understand and support the various works of Catholic charities, and to emphasize the importance of Catholic education in the inner city,” he added.

Pope Francis is currently in the United States until Sunday, following his three-day visit to Cuba, which ended on Tuesday.

On Friday, Sept. 25, the pontiff will speak at the United Nations General-Assembly and visit the World Trade Center site in the morning, before heading off to Our Lady Queen of Angels School in East Harlem, a papal motorcade through Central Park and presiding Mass at Madison Square in the afternoon.

Finally, on Saturday and Sunday the Pope will be taking part in the World Meeting of Families in Philadelphia, an encounter aimed at supporting families globally.

ComUnidad Juan Diego runs family programmes, which Br John believes are crucial and underscored he thinks it is “important to stress that underlying all of our efforts is an attempt to build up the community and to strengthen healthy families.”

Four Marist brothers run the community and around 30 volunteers are expected to work with them this year starting next month.

They offer English lessons with three levels of instruction to around 40 adults, a tutoring programme for elementary students and a support group for mothers, which has more than doubled over the summer.

The community also hosts a group for parents, a youth group for 12-16 year olds with around 35 teenagers, a young adult group for 18-30 year olds, a women’s basketball programme and a men’s soccer programme.

ComUnidad is currently looking for academic tutors to assist the children – from elementary through high school – of the members of the ComUnidad Juan Diego to achieve academic success and grow in self-confidence, beginning on Oct. 7 for every Wednesday, from 4.30pm to 6pm.

Restore the hope of young people who search for meaning and purpose.