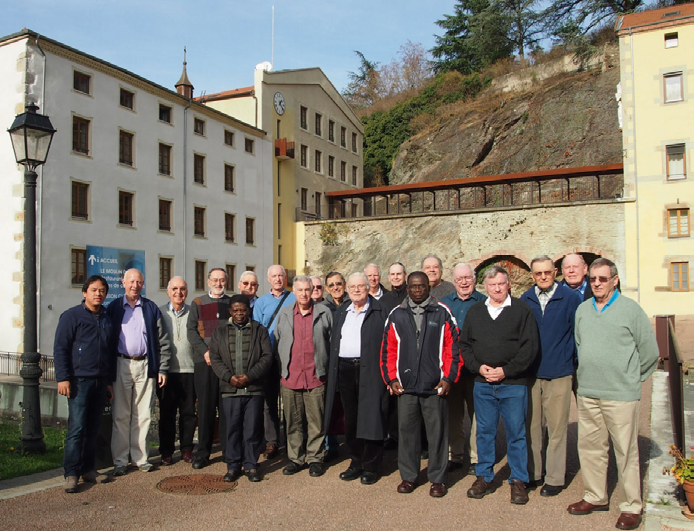 After a two-month course for elderly Brothers, which brought together English-speaking Marist and Marianist brothers from 11 countries at the general house in Rome, participants expressed gratitude and encouragement.

“I learned so much about our Marist worldwide mission and I was encouraged by what we do and whom we serve,” said Brother James McKnight, who travelled from the United States. “The role of lay Marists in our mission is so vital – we are all the Marian face for the Church.”

Brother James Devine, also from the U.S., underscored that the third age programme was “a very meaningful experience.”

“The very caring and competent team tended to our every need while the presenters gave us much food for thought,” he told the general house press office on Dec. 10. “I am delighted that I came and that I will return home refreshed and renewed.”

The programme, which ended on Dec. 12, focused on the psychological and spiritual “dynamics” in their changing age, with the participation of 16 Marist brothers, two Marianist brothers and a Marianist priest as their chaplain.

Brother Michael Sexton, who led the course alongside Brother Donnell Neary, noted there has been “a wonderful community spirit” and that “it has been a pleasure to share this time with such a fine group of men.”

The course included a pilgrimage to historic places in France related to the founding of the Marist Institute as well as an encounter with other members of the Marist Family – Fathers, Sisters and Missionary Sisters.

Brother James Langlois, from Zimbabwe, underscored that it was “a great privilege to rest a while with the Master (Jesus) in the company of Mary and fellow disciples, to be spoken to intimately, taught what I needed to learn, thus gathering strength for the challenges He (Jesus) puts to me for the road ahead.”

The Marists who took were from the U.S., Australia, New Zealand, Kiribati, Argentina, the Philippines, Nigeria, Zimbabwe and Spain. The Marianists came from the United States, India and France.