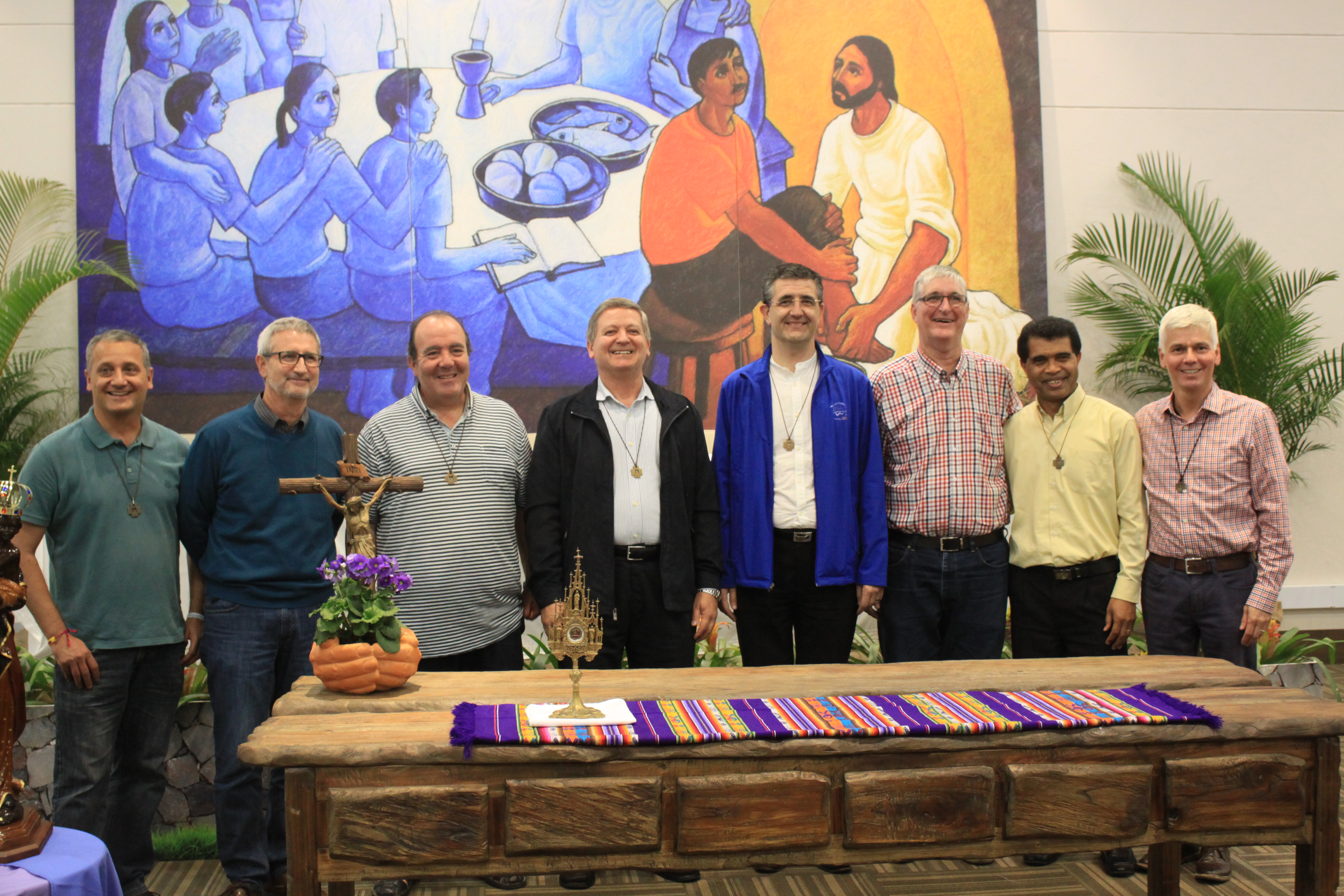 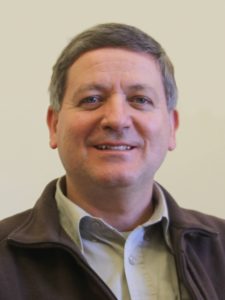 Born in Guadalajara, Mexico, on 21th February 1961, and the ninth child in the family of sixteen formed by his parents Carlos and Juanis. A Marist student from pre-primary to preparatory, entered the postulancy at the age of 17. Followed the Basic Teaching course in the scholasticate, then the Licentiate in Religious Sciences and Mathematics.

Studied in Rome for the Licentiate in Vocational Ministry and completed the Master’s degree in this field. Took part in the course for formators in Lyon, France.

Has taught 4 years in primary and 3 in secondary, being a formator at the juniorate at the time. For 5 years belonged to the provincial team for vocation and youth ministry and gave classes in preparatory.

On 23 December 2008 started a term as Provincial of Mexico Occidental.

On 3 October 2009 he was elected Counsellor General. 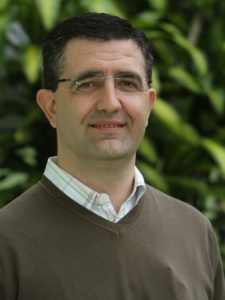 Brother Luis Carlos was born in 1967, in Spain. He made his first vows at the Institute in 1986 in Palencia. Soon afterwards he went to Guatemala. He made his perpetual profession in 1992.

Luis Carlos’ apostolate first involved teaching in Marist Colleges in Guatemala, Costa Rica and Puerto Rico. He was then appointed by the Provincial as the Brother responsible for overseeing Marist education. This work covered the six countries of the Province.

His university studies were in the areas of Social Studies and Languages. He holds a Bachelor’s degree in theology, a Master’s degree in educational administration and supervision, and a Doctorate in Education from the University of Puerto Rico.

Luis Carlos has a great passion for teaching, which he sees as a space for transformation, humanization and evangelization.

He also has had some experience leading youth movements. Concerning the laity, Luis says: “Around me there have always been special people, lay people, members of fraternities, who remind me by their witness, the richness of our charism.”

Luis Carlos was also a member of the Board of Directors of the Religious Conferences of Costa Rica and Guatemala.

Since December 2013, Luis Carlos has been Provincial. He is also a member of the Mission Commission, and the Sub-Committee on Education of the Inter-American Conference of Provincials (CIAP), where he is Coordinator of the Permanent Council. 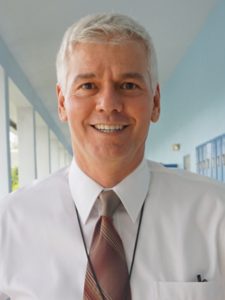 Ben was a teacher, even during his initial formation at Molloy High School in New York and Roselle Catholic in New Jersey. In 2000 he was appointed Principal of the Saint Joseph Academy in Brownsville, Texas. In 2001, he was appointed Vice-Provincial for the former Esopus Province, USA.

Since 1995 Ben has been involved Province administration, first in the Esopus Province and after in the new Province of the United States as Provincial Councilor, member of the Finance Commission, Vice-Provincial, Provincial Assistant and Director of Education. In 2009 he was appointed Provincial, a position he held until 2015.

Ben’s present ministry has been serving as a guidance counselor at Christopher Columbus High School in Miami, Florida. 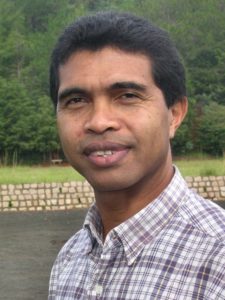 Sylvain was born in 1962 in Mahajanga, Madagascar. He made his first vows in 1979 and his perpetual profession in 1986.

After studying Religious Psychology at the Gregorian University in Rome in 1994, he was a formator at the Marist International Centre in Nairobi for 7 years, after which he was appointed Provincial of the Province of Madagascar. He served as Provincial from 2002 to 2007. After being Provincial, Sylvain was responsible for the Province’s Vocations Ministry from 2008 to 2012. He was then appointed as Director of a school in the north of Madagascar.

Sylvain was again appointed Provincial in January 2014. He was due to complete his mandate in December 2017. 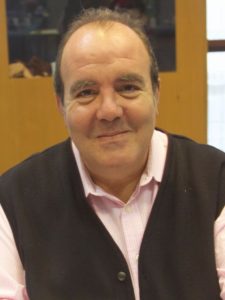 Oscar was born on the 10th September 1966 in Burgos, Spain. He undertook his initial formation in Arévalo, Miraflores and Salamanca. He made his first profession in 1986 and his perpetual profession in 1993. He has degrees in Education and Hispanic philology and theology.

In his first years of Marist ministry Oscar was engaged in the pastoral formation and animation of young people in Segovia, Salamanca and Valladolid. He was a teacher and responsible for the Scouts.

He has been Provincial Delegate for solidarity and SED and responsible for Province pastoral animation. In 2005 he was Coordinator of the Animation Team for 20 Marist Educational Centers for the Province of Compostela. He also served for a time as Vice-Provincial. Oscar was Provincial of Compostella from 2010 to 2016. For some of this time he was also President of the European Conference of Provincials.

Since 2016, Oscar has served the Marist mission in Mozambique, where he was a member of the formation team at the Marist Novitiate in Matola. 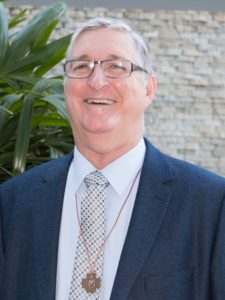 Ken was born in 1959, in Townsville, Queensland, Australia. He was educated by the Sisters of Charity and later by the Marist Brothers.

Ken served the Marist mission in Melanesia from 1984 to 2015. He taught and was principal in various schools in Papua New Guinea for 30 years. Ken also did very important work for some years, assisting traumatized children and young people affected by the civil war in Bougainville.

Ken was Superior of the District of Melanesia from 2006 to 2015. After returning to Australia in 2015, he has served the Province of Australia as Vice Provincial. 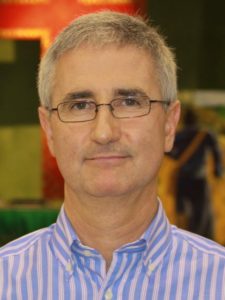 Josep Maria was born in 1958, in Igualada (Barcelona), Spain. He was educated at the local Marist College in Igualada. He did his Marist formation in Les Avellanes, after which he made his first profession in 1979 and his perpetual profession in 1985. He completed his teacher training in 1982, and received a licentiate in Sacred Scripture in Rome in 1990.

He has had various roles Provincial teams and administration since 1992. In the Province of L’Hermitage he also assumed various tasks related to coordination, animation, government and biblical formation, especially for teachers of religion. 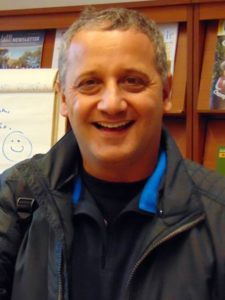 He has a Masters in Education from PUC of Paraná and a Baccalaureate in Religious Sciences. He also has degrees in Literature and has specialized in Human Development Psychology.

From 1995 to 2002 João Carlos worked at the Frei Rogério College in Joaçaba, coordinating Religious Orientation and later coordinating the Vocation and Youth Animation Center.

From 2003 to 2008 he was Coordinator of the Pastoral Sector of the Marist Province of Brasil Centro-Sul. He was a member of the Provincial Council from 2002 to 2008. From 2006 to 2008, he was the Mission Coordinator for the Brazilian Marist Union (UMBRASIL). In 2009 to 2010 he served as Executive Secretary of UMBRASIL.

From 2011 to 2016 he was the Director of the Institute’s Secretariat of Mission. He was appointed Provincial of Brasil Centro-Sul in May 2017. He was due to take up this office in December.