All 26 students in the course submitted either an individual or group film project to the festival in categories such as commercial, documentary, movie trailer, public service announcement, school promotion, and more. While only in its first year of existence, the Marist program did not win awards, but the school’s documentary submission on the Marist Brothers in Chicago was a finalist. The video was produced by Omar Shublaq, Jake Alberts, Will Elenteny, and Dave Tischina. More than 15 high schools participated in the event. 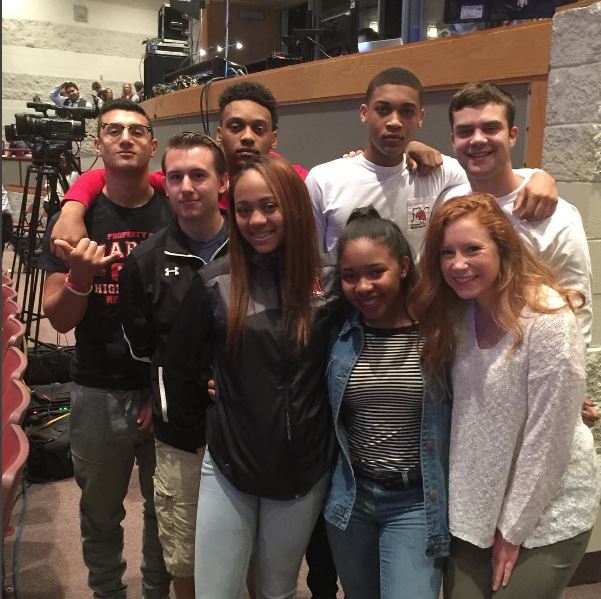 “This was a worthwhile assignment because it was the first time students had complete creative control,” explained course instructor Noelle Trainor. “They were given category options by the festival and they chose which category in which they wanted to produce a video.” The students worked on this project for six weeks. They submitted a first cut of their videos, received feedback from Trainor and their classmates, made improvements, and then submitted their final videos.

“Although we didn’t walk away with any awards, I think this was a great opportunity for my students to get motivated for next year and hopefully win something next time,” said Trainor.

The broadcasting program at Marist includes a studio installed in the summer of 2016 and an array of equipment and software. Students produce a weekly news broadcast along with other video projects highlighting events and programs at the school. The plan is to expand productions and also cover live events.