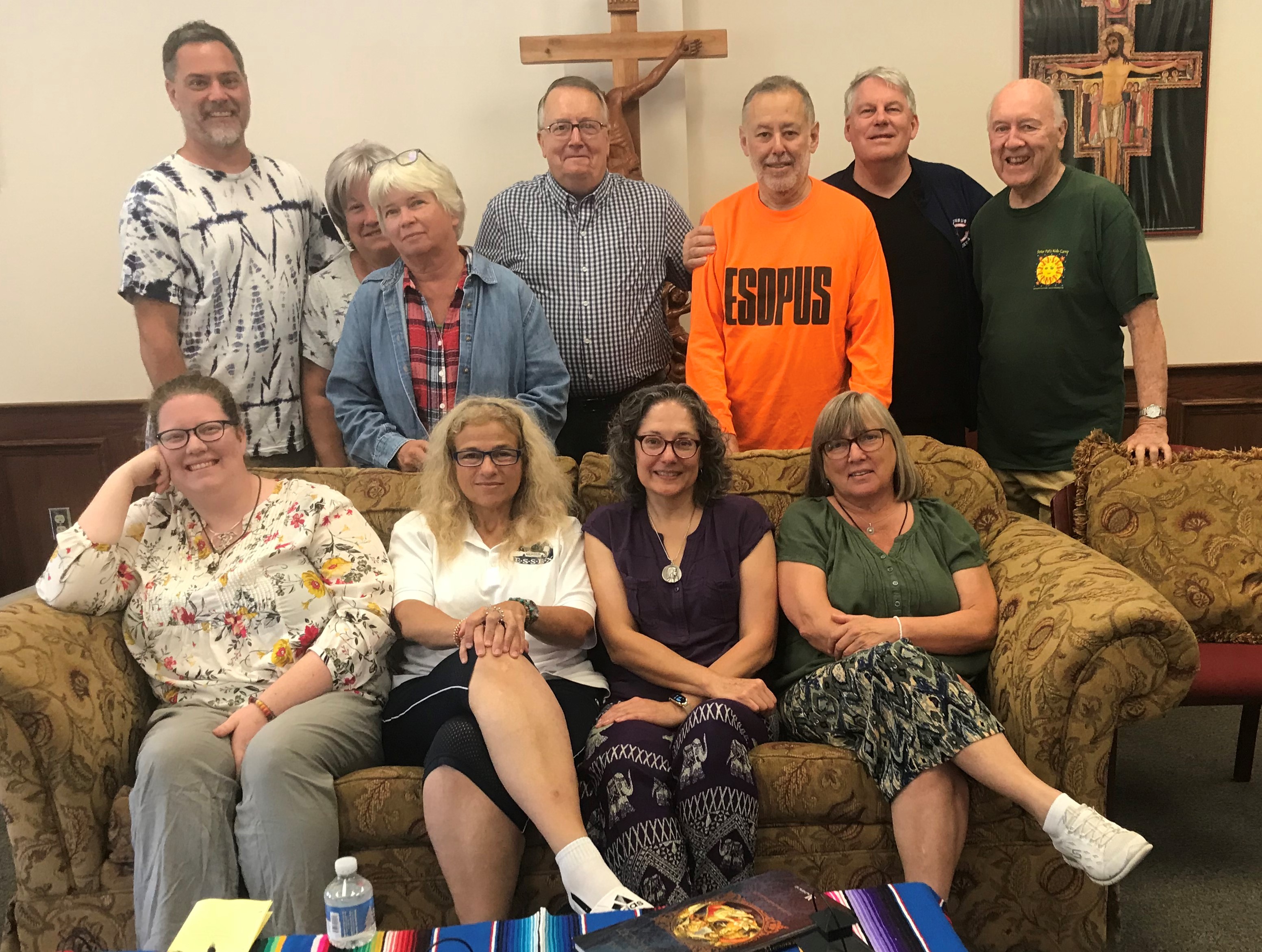 A group of 12 Marists, brothers and lay people, gathered at St Lawrence Retreat Center in Beacon, NY for a retreat led by Earline Tweedie, Campus Minister at Central Catholic, in Lawrence.

With the theme In the Image of Mary, the group used the mysteries of the Rosary to explore Mary’s life and how her example is a part of our lives.  Each session began with praying the Rosary using the book Scriptural Rosary.  This little booklet is a modern version of the way the Rosary was once prayer during medieval times, assigning a quote from scripture to each Hail Mary.

Earline also provided a sheet of quotes and questions for reflection which participants took after each prayer for personal quiet time. Tuesday afternoon’s extended break left time for making a “knot rosary”, painting, coloring, journaling, walking the grounds, and enjoying the pool.

On Tuesday evening, the group viewed the film Full of Grace based on the last days of Mary’s life.

There were chances for sharing in small and large groups which provided opportunities for bonding among group members.  Many expressed gratitude for the time spent with Mary and with one another.