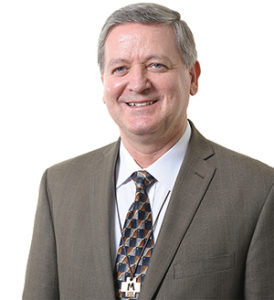 This past April 18th, the day in which we commemorated the 19th anniversary of the canonization of Saint Marcellin, Brother Luis Carlos and I were visiting Notre Dame de l’Hermitage. It was our first visitation to that special place as Vicar General and Superior General.  It was a great joy for us to spend a few days there, to meet with the community, to share with some groups that were visiting at that time, and in particular, to have the occasion to be near, once again, the heart of Champagnat. 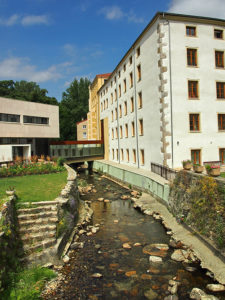 I spent some time in the room of Marcellin and, in the murmur of the Gier which I could pleasantly perceive through the half-opened window, I was able to listen and meditate.  I imagined the hours that Marcellin dedicated to silence and to prayer in that place, besides resting every night.  I contemplated his desk, where he spent so many hours reading, writing reflections or letters to the Brothers or to the civil and canonical authorities of his day… all under the tender gaze of our Good Mother who always accompanied him.  There, in the stillness of silence, I asked Marcellin for his protection, his inspiration, and his help so that we, as Marists of Champagnat, could re-create his dream at this moment in which we are living.

The calls of our recent General Chapter resounded strongly in me. Inspired by the Spirit, these calls challenge us to live the charism and the mission today; to be a global family, to be beacons or lighthouses of hope, to be bridge-builders , to be the face and the hands of mercy… to walk with those children and young people on the margins,  and to respond audaciously to the emerging needs in our world. 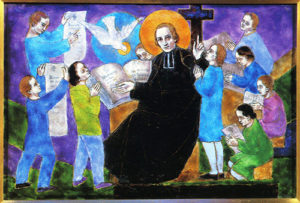 I thought of Marcellin next to the youth of his day, with his attentive eyes and compassionate heart.  I recalled what the participants said at our recent Chapter: “We believe in the evangelizing Mission which urges us to respond to the cry of the children and the young in a new and creative way for today”.  Yes, as Champagnat did. His attention to the world of the young, in the context of his time, led him to remove himself from his status, from his priestly privileges, first to move out from his rectory, and then from the town of La Valla itself. These movements allowed him to respond with creativity, opening himself to new possibilities, giving rise to audacious solutions, and to the building of a religious family of brothers.

As past generations of young people did in their time, today’s youth bring novelty and creativity into the world. And as with previous generations, today’s have many positive characteristics, together with elements of fragility…  They are able to connect easily with each other and create relationships, although at times it would seem that they are afraid to deepen these relationships and make them lasting ones. They build networks of solidarity with ease and are capable of altruistic actions, having to fight against everything that leads them to focus too much on themselves, on a society that favors self-centeredness and indifference; there are signs of thirst and openness to inner and spiritual experiences, even if they have difficulties with institutions. The digital era is their world (and ours), and it opens them to innumerable possibilities, yet at the same time they may be threatened by the risk of depersonalization…  I ask myself, “What can we do and how can we listen more attentively to them, to walk together with them, following Champagnat who looked for them on the streets, in the villages and the street? How can we become more like disciples and learn at his side, reinventing the loving presence among them as Marcellin proposed to us? How can we succeed in connecting more with them, using adequate and accessible languages, in the style of our Founder, his adaptation, his search for new ways of reaching them, his openness to unexplored missions? 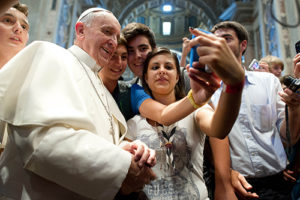 Soon the Synod will be held under the theme: “Young people, faith and vocational discernment”. In the light of this Synod,this past March, Pope Francis listened to an international group of young people, who expressed their feelings and their concerns. We were fortunate enough to be present at this gathering (For news and access to this gathering, visit our website).

I also remember that day when, during the General Chapter, we had the opportunity to listen to a group of young people from the three countries of the Province of Norandina. Two days before being with us, they–along with young Marists from around the world–had been reflecting together on what they wanted to say to us. We listened to them as they shared their concerns about the world around them. Their youthful enthusiasm and dynamism challenged us as we looked to the future. 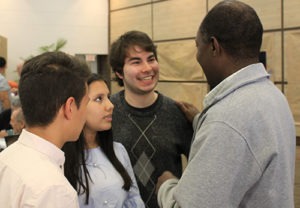 This experience of meeting with the young people, together with the visit we made to the poor and marginalized neighborhoods of Medellin, including some centers for  young people in difficult situations, strongly impacted the reflections of the Chapter Assembly. We have expressed that we believe “in our committed, preferential and consistent presence among the children and young people of the geographic and existential peripheries” and that “we believe in the promotion, protection and defense of the rights of children and young people and in their empowerment as agents of transformation”.   In the Marist world today, we have a large number of educational centers in the form of schools, universities or social works, and we enthusiastically encourage and animate youth movements in many places…  With which concrete means do we prioritize those in greater need who are in our centers?  And, even more, in how many of these centers do we manage to reach young people from the geographic and existential peripheries?  What new steps would we have to take to reach them?   Which structures could we strengthen 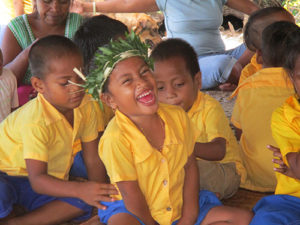 for the promotion and defense of their rights?

Marcellin knew how to identify these marginalized young people; he welcomed them, accompanied them and gave a response to their plight.  My desire as we celebrate his life and legacy on June 6th, is that we rediscover his attentive eyes and his compassionate heart.  And, in the light of this, let us review what our attitude of welcome and acceptance towards the young generation looks like, as well as our concrete commitment to those who are on the peripheries.

May the passion of Champagnat and of the first Brothers encourage us in our close, welcoming, accepting and committed dedication among the young people of today.  Many Brothers have lived this dedication in an exemplary way.  And let us remember on this date Brother Henri Vergès who gave his life for the young Algerians and whose beatification we will celebrate this year.   His witness reminds us of those who live their mission in countries with worrying situations such as Syria, South Sudan and other areas of the world in great conflict… a reason to pray in communion with them in celebrating our Founder.

May each one of us, Marists of Champagnat, be capable as Marcellin was to look with attentive eyes and show a compassionate heart.  May our Good Mother inspire and accompany us in this mission, as she did with Marcellin and our first Brothers.

Happy celebration of our Founder!