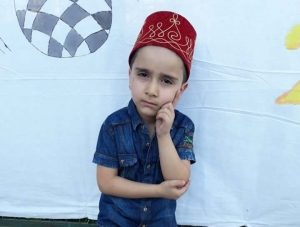 On this Saturday, July 9th 2017, it is very hot in Aleppo. In the street that runs alongside our place, cars are passing as regularly as before.

Compare, evaluate and predict…These are the three terms that make up the fabric of the long discussions that we are having.

At the same time, there are now terms that come up often: the reconstruction, the rehabilitation of the houses and shops, the return of the displaced people to their former neighborhoods and so many other signs that indicate that we want to live.

These days are also days of important decisions at the city’s municipality regarding the improvement of the structures of the city and the return to normality: To open the streets that were closed or blocked, to install traffic signs, to remove the shacks that had grown like weeds on the sidewalks and the roadways during the war; the municipality has set up a special place where they can be installed. Taking advantage of the solar energy to illuminate the city’s roundabouts.

It seems like if we want to catch up the time lost by a war that destroyed the city and made it a martyr city.

Many parents were waiting until the end of the school year (in mid-May, in Syria), or the end of the finals for the middle school (Brevet), or High school (Baccalaureat) (In mid-June) or the end of the college finals (in mid-July), to return to their homes in the eastern part of the city. They prefer to return to their neighborhood, to their home, to what they have been forced to leave despite their wills. And there are those who have spent these years of war in Syria but not in Aleppo. Those who moved to Tartous, Latakia or to other cities. They came, they saw and many of them made the decision to come back before September, the beginning of the school year.

Can we talk about the return of the displaced?

Can we imagine that those who left years ago, will take the path to return? It is a wish. For that wish to be a reality, there is still a long way to go.