The Marist brother who leads a community that helps Hispanic immigrants in East Harlem hopes the Pope’s visit to them on Friday will encourage the government to change their policies.

“My personal expectations for his visit include that the ‘wider’ U.S. community gains a better and more realistic appreciation of the immigrant story and be moved to change our government’s policies,” said Br John Klein, leader of ComUnidad Juan Diego.

Pope Francis is scheduled to visit ComUnidad Juan Diego, which operates within the Our Lady Queen of Angels school buildings, at 16.00 pm on Sept. 25.

Br John stressed he hopes “the people in CJD will realize their importance and personal worth, and that the Holy Father and the Church values and loves them.” 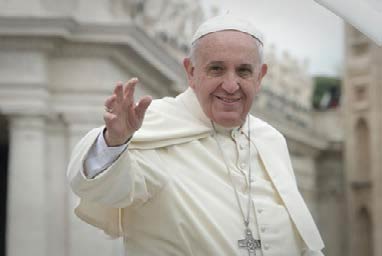 “(I hope) that his presence will be both a blessing and an affirmation of our people and of the efforts of the three Marist Brothers who have the good fortune to share our lives with them,” he told the general house press office. ComUnidad is a project sponsored by the Marist Brothers and the Archdiocese of New York, which initiated it in 2013, to serve an area where there are over 50,000 Mexican immigrants – the majority of whom are illegal.

“He has expressed a desire to meet with immigrants to both better understand their realities and to encourage the country to improve their response to them,” Br John remarked.

“His visit to our community provides an opportunity to meet directly with a number of immigrants, to understand and support the various works of Catholic charities, and to emphasize the importance of Catholic education in the inner city,” he added.

Pope Francis is currently in the United States until Sunday, following his three-day visit to Cuba, which ended on Tuesday.