If there are no vocations, what will happen to the Church? The response of Br Emili, Superior General, is clear and in line with the thinking of Pope Francis: “This will not happen, though there will be difficult years where we grope our way forward.” 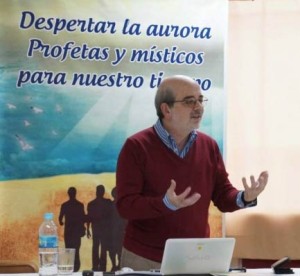 Aleteia: You’ve been at meetings with Pope Francis. In your opinion, why did he dedicate 2015 to the consecrated life?

Br. Emili: I think the answer lies in the practice of inviting the whole Church to reflect on a particular group or an important element of our tradition. Thus, for example, the year 2009-2010 was devoted to Priests and the year 2012-2013 was the Year of Faith. In the current instance, it is an invitation for all of us, members of the People of God, to learn more about the Consecrated Life and explore its meaning. The consecrated life is probably the element of the church that took most seriously the invitation to renewal coming from Vatican II. In a relatively short period of time, it has experienced remarkable transformations. These were difficult years, to groping the way forward, trying to remain faithful to the call of the Holy Spirit. The internal transformation period requested by Vatican II, is not yet completed. This is why I think it a positive gesture of the Pope to proclaim the year of Consecrated Life: he is affirming these efforts to renew and invites us to have hope for the future. As he said in his Apostolic Letter for the Year of the Consecrated Life: “Do not join the prophets of doom who proclaim the end of or loss of meaning for consecrated life in the Church today”. Moreover he provides clear goals for this year: “Look to the past with gratitude, live the present with passion, and embrace the future with hope.”

Aleteia: Does the lack of vocations endanger consecrated life?

Aleteia: People often speak about the consequences and not enough about the causes of this lack of vocations. What do you think the causes are?

Br. Emili: I assume that God continues to call young people to the consecrated life, so even at the risk of oversimplifying things, I would say that the lack of vocations has two main reasons: young people do not listen to the call; and what consecrated life currently offers does not appeal to them. Therefore, it seems that there are two things to be done: firstly, to support young people and create conditions so that they can listen to and discern the Lord’s call; and, secondly, religious men and women should live in such a way that we can be recognized by young people for our courage, our joy, our experience of evangelical fraternity, our presence with the marginalized, and our deep spirituality.

Aleteia: Pope Francis is a Jesuit religious. What is his dream for this year dedicated to the consecrated life? What do you think Francis would like religious to contribute to the Church?

Br. Emili: A little over a year ago, the Pope was present at a meeting of Superiors General. He summarized his own vision of consecrated life in a beautiful expression: “Wake up the world!” At the same time, he himself is a member of a religious community. By his words, and more importantly by his very manner of living, we can understand what he means by “waking up the world.” He has indeed awakened the whole world as well as the many Christians who are dozing and discouraged. Just consider: his warm and sincere proximity to anyone, especially those who suffer or are marginalized in society; his life of evangelical poverty; his contagious joy; his confidence in the Providence of God; his audacity and the deep inner freedom; his passion for missionary output of the Church. Surely these are clear indications of the type of consecrated life that the Pope wishes.

Originally published in www.aleteia.org in Spanish

Translation from the portuguese (UMBRASIL) by Mario Colussi