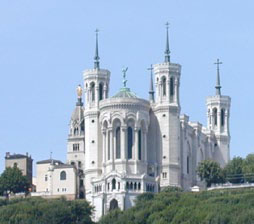 Happy feast of the Resurrection of the Lord!

In 2013, World Youth Day took place in Rio de Janeiro, where young people from the four branches of the Marist Family had the opportunity to meet and celebrate together. Throughout the week before that event, there was a space for dialogue among these young people, which led to a deeper knowledge of the charisms of the different branches. What we saw and lived in Rio with the young people has prompted us to support a similar encounter in 2016 because we know that, as Marist Family, we have greater strength and vitality when we work together. Today, we are inviting you to participate in the International Gathering of Marist Youth in Lyon in July 2016, which will culminate with the Bicentenary Celebration of the Pledge of Fourvière. (Cf. our letter of September 2014) The gathe ring of Marist Youth will take place from the 17th to 23rd of July 2016, the week prior to the World Youth Day that will be held in Krakow, Poland. 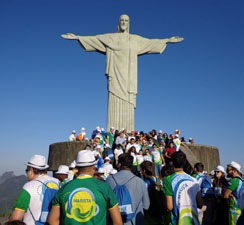 For some time now, an inter-congregational Marist Team composed of various committees has been enthusiastically organising the event to mark this important moment in our Marist history. The objective is to share with young people between the ages of 18 and 30 the dream of Fourvière under the title ‘Dare to Dream’, inviting them to dream with the first group of young men who climbed the hill of Fourvière and who, gathered in prayer, committed themselves to founding the Society of Mary. Inspired by this foundational Marist event, how can young people ‘dream’ of living the Marist spirit in our world today?

The Team has already held two meetings in the Marist Brothers’ Provincial House in Lyon and a subcommittee has worked on the programme for the event, a copy of which you will receive in due time. The members of the Logistics committee are looking at a suitable venue in Lyon and working out transport arrangements for the various events of the week. The committee at General Level is in the process of developing a preparatory catechetical programme which will be available Online by July 2015.

At a later date, you will receive from the Team all the necessary information on the venue, cost, materials and process for inscriptions, etc. 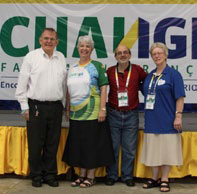 Participants: Young men and women between the ages of 18 and 30 who have participated in the catechesis throughout the period of preparation (September 2015-July 2016).

Each of you has an important role to play in the communication and facilitation of this experience, which we are dedicating to the heart of our mission: our young people. We ask that you share this information with all your members and animate especially those who are responsible for the youth and vocation ministry in schools, colleges and parishes. Help them to understand the importance of encouraging the young people with whom they work, and any others who may be interested, to participate in the 2016 International Marist Youth Gathering in Lyon. We are hopeful that, with your support and encouragement, there will be a good number of committed young people at this event.

United in Mary, our first and perpetual superior

General Superiors of the Congregations of the Marist
Family – April 2015