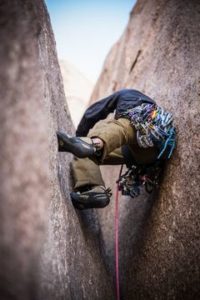 The gospel for Tuesday of the second week of Lent (found here) includes ablunt message. In no uncertain terms, Jesus tells his disciples: actions trump words. Specifically, he counsels his followers to do and observe the things that the scribes and Pharisees tell them to do but not to follow their example. Why? Because these teachers of the law preached but they did not practice.

Lutheran theologian Dietrich Bonhoeffer said much the same in our own time. Bonhoeffer, a German citizen, waspart of the Confessing Church, a group opposed to the genocidal policies of his country’s Nazi government. As the Second World War was getting underway, he was teachingat New York’s Union Theological Seminary. Though friends advised him not to return to Germany, Bonhoeffer was so concerned about the evil unfolding there that he traveled home on the last steamer to cross the Atlantic. On his arrival, he was harassed by the Nazi authorities, forbidden to teach or publish and had to regularly report his activities to the police. He was eventually arrested, imprisoned and executed.

Bonhoeffer believed that our faith should cost us our comfort. He wrote about what he called “cheap grace” and “costly grace.” Cheap grace, he said, is a cover for ethical laxity; the term is also a good way to describe the words and actions of the scribes and Pharisees. They laid heavy burdens on those whom they taught but avoided taking on the same obligationsthemselves. They put on a good show when they thought others were watching but made sure that they didn’t inconvenience themselves.

As disciples of Jesus we are called to embrace what Bonhoeffer referred to as costly grace. If we take the gospel message seriously we cannot avoid making sacrifices, being inconvenienced, paying a hefty price for our faith. This Lent we need to ask ourselves to what kind of grace do we witness in our lives. Are we similar to the scribes and Pharisees, pretending to act virtuous so as to win the praise of others? Or, do we take the gospel message seriously, as Bonhoeffer did, and by our actions rather than our words witness to the fact that we are disciples of Jesus Christ.

Brother Seán Sammon, FMS, is Novice Director for the Marist Brothers in the USA (at Marist College).