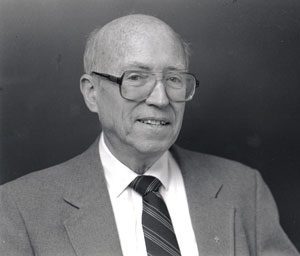 In October, 2014 The International Education Suite at Marist College in Poughkeepsie, New York is being dedicated in honor of Br. Joseph Belanger, FMS, a Marist Brother.

Br. Joseph was a Professor Emeritus of French and Founder of the Marist Abroad Program at Marist College when he died in April of 2010.

Among Br. Joseph’s most significant legacies is his founding in 1963 of the Marist Abroad Program (MAP), which transformed hundreds of students’ lives and helped bolster Marist College’s reputation for academic excellence through its high standards.  More than 45 years later, Marist’s International Studies Program – spawned by MAP – supports Brother Joe’s commitment to encouraging students to think in new ways and to value global awareness.