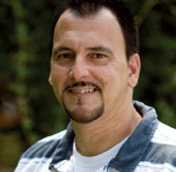 Director of the Young Adult Ministry

I was a religious kid growing up, but becoming a Brother was never a consideration, even though I went to Marist High School in Bayonne. After I went to college and graduate school, I was drawn to work with kids in the inner city so I contacted the Marist Brothers, who I knew did that type of work. I lived and worked with them for two years in Newark, New Jersey, and only then did I begin to appreciate what made the Marist Brothers so special and considered becoming a Brother myself. Working with inner city kids is tough, and living in a community and working with the Brothers provided so much mutual support. At that time, all I could say was that I liked the “feeling” that came from working with the Brothers – a feeling that I later came to understand was Marist spirituality.

I feel so fortunate to have met people who allowed me to make a positive impact on their lives. I remember one kid who was really messed up, and who most people had written off. We became very close, and he introduced me to his family. Eventually they treated me as a member of their extended family and I was even best man at his wedding years later. Today, he is a successful pilot at a major airline – clearly not the unsalvageable youth many thought him to be. Believing in people like him, and helping them believe in themselves is the most rewarding part of my life.

Recently I had another man contact me, who had a kid in a Marist school near the community I was living in. He had been a student I helped years ago. He wanted to seek me out to make sure I knew how much it meant to him that I believed in him when no one else did. He is now a sergeant in the army and a solid family man. It was important to him that his son attend a Marist school like he did because of the positive impact it had on his life. Stories like these are what make everything I do worthwhile.

I’ve had various work experiences during my years as a Marist Brother including counseling and administrative roles. Today, as Director of the Young Adult Ministry, I see that today’s young adults are more open to things that are spiritual and religious than we were when I was young. This is probably because they are more global in perspective. Whereas I was drawn to the Marist Brothers because of the work that they did, now I’m seeing young people seeking us out for the communal and spiritual aspect of our lives.

My work today brings me very close to the struggles and hopes of today’s youth and has been so fulfilling. I am entrenched in the ever-changing world of young people, spending more time than I thought possible in front of the computer each day. We’re using MySpace, Facebook and instant messaging as ways to create communities instead of the more traditional methods. It’s been an exhilarating learning experience for me, and has opened my eyes to a new world. I’d like to continue this work for several more years at least, as there is still so much to learn and accomplish. Eventually however, I’d love to go back to my roots, to the love that brought me here in the first place, working with underprivileged inner city kids.

Grant safety to all travelers.