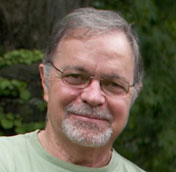 I was asked to consider becoming a Brother when I was a senior at Archbishop Molloy High School. I decided to give it a shot because the Brothers at my school were men who seemed to be a happy bunch of people that enjoyed what they were doing. At the end of high school, I went away to the novitiate to become a Marist Brother.

I’ve been around the Marist community for 49 years now. I joined the Brothers because I wanted to teach, and that’s what I did. Once I graduated from college, I went down to Christopher Columbus High School in Miami. I taught science, English, religion and math, and I coached track. After seven years, I left to pursue my master’s degree

I headed north, but I was distracted from my studies because of teaching and coaching at Union Catholic in New Jersey. I decided that I really had to buckle down, and moved to Saint Mary’s High School in Manhasset, N.Y., where I taught science and religion while going to night school.

Things changed while I was at Saint Mary’s. I was asked to consider being a part of the administration of the school. So I became the dean of discipline. I was then asked to move to my alma mater, Archbishop Molloy, to act as their dean of discipline. As the dean of discipline, you have to put up a tough front, and I spent 13 years as the “tough guy.” I hope I was noted for not just being tough, but for being consistent. I also had the wonderful opportunity of forgetting a lot of things. “See me after school!” I would yell at a kid in the morning, and by the end of the day I’d have absolutely no idea what they had done. At reunions a lot of people come up and tell me, “Brother, you saved my life.” I hope that I made some impact, and I’m glad that I had some influence on their lives.

I went back to Saint Mary’s to be principal, and I had to opportunity to be there when they went coed. After seven years as principal, I said, “enough administration,” and went to Marist High School in Bayonne, N.J., to teach chemistry full-time.

After two years, I went on a three month sabbatical to Europe. When I returned I took on another administrative position as Archbishop Molloy’s principal for 11 years. So really, almost 30 years of my teaching career and life as a Marist Brother has been in school administration. I was also at Molloy when it changed to a coed school.

I’d say there are a few memories that stick out as my favorites. When I was at Molloy, we celebrated our 50th anniversary. Being such a large school, we were never able to gather all of the students together. So for the 50th, I wanted to get everyone together to say a prayer, to go to Mass. We got a hold of Saint Patrick’s Cathedral and we had the Mass there. We also got a hold of the MTA and we rented a subway. All 1,300 of us got on our own subway train, and it took us directly to Saint Patrick’s. And there we were, the entire school in St. Patrick’s Cathedral – it was such a wonderful experience.

About three years ago, Br. Ben Consigli asked me to consider being his Vice Provincial, and that’s where I’ve been ever since. It’s been interesting. I started off as a teacher, and even though I became an administrator, I tried to teach as often as I could, even if it was only one period a day, because I really love it.