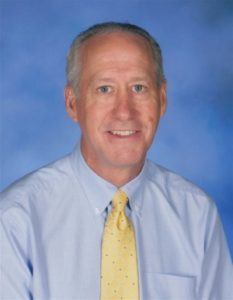 Brother Rick Carey of the United States province will join the FMSI staff based in Rome in September, replacing Brother Mario Meuti who finished his second three-year term in June.

Br Rick, who will arrive on Aug. 20, will serve as FMSI’s new child rights and advocacy officer.

He has been serving as chair for planning for the United States province since last year. He previously served as principal (1992 – 1999) and president (2013 – 2016) at Central Catholic High School in Lawrence, Massachusetts.

Br Rick also taught on the secondary level, worked in the areas of religious education and campus ministry, served in two provincial administrations as a provincial councillor in the former Poughkeepsie province, and as a member of various province committees. He has also worked as a member of the Finance Committee and chairs the Province’s Investment Committee.

After working briefly in Rome as the president of FMSI in 2009, he had to return to the United States due to a sports accident.

Br Mario, who has worked for FMSI since 2011, joined the second group of Lavalla200> International Communities for a New Beginning and will be going to Romania.

Brother Evaristus Kasambwe finished his term in office in FMSI end of June and will be starting as a formator at the Marist International Center (MIC) in Nairobi, Kenya. Brother Manel Mendoza is finishing his term in September, but his new destination has not yet been decided.