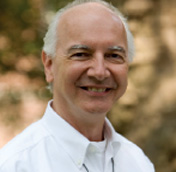 I can remember when I was growing up feeling comfortable and somehow inspired by religious experiences and religious people. In high school when I met the Marist Brothers, I felt a sense of unity and belonging and a genuine interest to share in their mission to make Jesus known to young people. Later, when I learned of and reflected on the prophet Jeremiah’s words, “Before I formed you in the womb I knew you, and before you were born I consecrated you; I have appointed you a prophet to the nations,” (Jeremiah 1:5) I began to understand that the Lord had called my name very early on. Being a Marist Brother has been my life journey’s response to that call.

For me, to be a Brother means being a mentor, counselor, friend, and guide to the people who seek my help. By doing so, I have come to know better the God who called my name early on. I feel quite privileged and believe I am in sacred territory whenever a young person chooses me to share his experiences, feelings or burdens. I try to bring this understanding to all of my work, and by doing so I realize more fully the significance of being teacher, counselor or mentor. Much of my Marist ministry over the years has enabled me to live this philosophy and at the same time grow in my own relationship with the Lord.

One very rewarding position was my seven years at St. Johns University living among and working with college students as their resident campus minister. Because I was right there in the dorms on a 24/7 basis, many students came to me with the difficulties they faced, and I was able to respond as parent, friend or counselor. The population in those dorms was very diverse, and one thing I was able to accomplish was to help break down stereotypes and teach people to live together, respecting each other’s differences. My own experience of community with the Marist Brothers served as a great reference to draw upon.

Another strong ministry experience was helping a young man, whom I knew well, deal with the tragic death of his older brother. He was struggling with grieving, and having difficulty understanding his feelings, as well as God’s place in it all. His faith was being severely challenged by this tragedy. Accompanying him, validating his feelings and ultimately witnessing his own eventual reliance on and growth in his faith, was very rewarding. We Marists most especially appreciate walking with the young as their “brother” encouraging their own ability to grow spiritually and hear the Lord calling their names.

My work now as Director of Vocations involves working with men who are thinking about becoming Marist Brothers. There is such a great need for people to work with the young in our world. Our Marist mission of evangelization is to spread the gospel message so that the next generation can take up and continue this work. Vocation ministry brings me into contact with men who are seeking the best way to respond to the gospel’s invitation. I see this ministry as another venue for me to accompany others and assist them in hearing the Lord calling them by name.

Strengthen your Church to be compassion for the outcast, the unwanted, and the least ones.