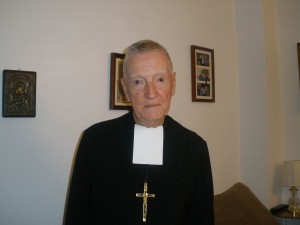 Now 80 years young, Brother Nick entered the Marist Brothers in 1957 after serving for two years in the US Marine Corps.

Now in his 54th year as a Marist Brother, he’s enjoying being blessed with good health and still involved in helping others.

Much of his life as a Brother has been spent as a teacher and administrator at grammar schools and high schools in Boston, Chicago, New York, New Jersey and Connecticut.

In the 1960s he taught at Mount St. Michael Academy in New York City and spent several years as Athletic Director at the school. 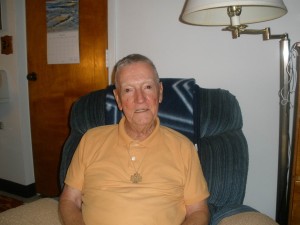 Starting in 1967 he became a full time religion teacher at St. Joseph’s High School in Trumbull CT, a year later Assistant Principal, and ultimately Principal of the co-ed school for seven years.

For five years he served as an Assistant Administrator at Marist High School in Chicago.

He speaks of treasuring countless happy memories of his former students, wonderful parents and friends and says they have greatly helped him draw closer to the Lord throughout his Marist life.

Yet Brother Nick has also been blessed with other gifts of the Spirit in his life and mission.

He enjoyed several years working with the elderly as Director of the Good Shepherd Nursing Home in Wheeling, West Virginia. 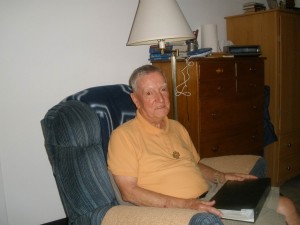 And now, while living in a community of senior Brothers at Champagnat Hall on the campus of Mount St. Michael, he is putting his administrative skills to good use by helping to brighten the lives of special young people. He works as the business manager at Siena House in the Highbridge section of the South Bronx., home to 27 young women either expecting babies or caring for their 1 or 2 year old children.

Brother Nick feels every facet of his life as a gift from God. He especially enjoys spending time in prayer and deeply appreciates the support and encouragement he has received from the many Brothers he has lived with in community throughout his 54 years in the Religious Life.