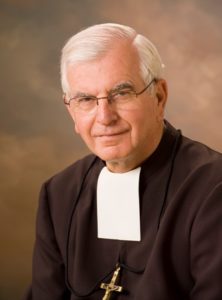 On December 1st, 2016, Cogresswoman Ileana Ros-Lehtinen took the House Floor and recognized Brother Kevin Handibode, FMS for his 45 years of service to Christopher Columbus High School in Miami, Florida and his upcoming 60th anniversary of being a Marist Brother.