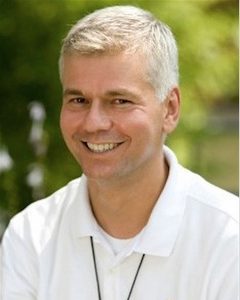 Trained as a secondary school teacher and school administrator, Br. Ben has ministered at Archbishop Molloy High School in Briarwood, NY where he taught English, History and served as assistant principal. He also taught Humanities and History at Roselle Catholic High School in Roselle, NJ, and served as principal at Saint Joseph Academy in Brownsville, TX.

Originally from Elmhurst, NY, Br. Ben has been a Marist Brother for nearly 30 years. He holds a Bachelor of Arts in History and Humanities from Queens College of the City University of New York, a Master of Arts degree in History from Rutgers University in New Jersey, and a Professional Diploma in Educational Administration from Saint John’s University in New York.

“I look forward to serving Columbus, a school with a strong Marist, Catholic identity and experiencing first-hand its extra-ordinary academic, athletic, and spiritual programs,” Br. Ben said. “Saint Marcellin Champagnat, founder of the Marist Brothers, said that ‘to educate children, you must first love them and love them all equally.’ This vision is Columbus’ foundational principle and I am happy to be able to support it through my work in the school’s Guidance Department.”