Marist Catholic High School in Eugene, Oregon, is celebrating it's 50th anniversary this year. For years the Marist Brothers had a presence at the school, and in recent years have began reconnecting the school to it's Marist roots.

Brother James Halliday, FMS, arrived in Eugene in 1972 and stayed until 1986. He taught social studies, served as a Guidance Counselor, was Assistant Principal for two years and served as Principal for six, and led many Junior Encounters. He currently lives in Lawrence, Massachusetts and continues to work as the Student Activity Director at Central Catholic High School and as the Director of Mission at Camp Marist in New Hampshire during the summer.

Q: What was your family of origin like and why did you decide to become a Marist Brother?

A: I was born in Rhode Island, the oldest of four. In our extended family we had a good number of relatives who entered religious life or the priesthood. It was common for someone to consider the church. I was interested in education, which was the mission of the Marist Brothers. Also, the Marist Brothers were very upfront and friendly when I inquired. I thought that I could try it for a year or two – of course I stayed for life.

Q: What was it like to be 21 and coming out to the West Coast for the first time?

A: Marist Eugene was my first teaching assignment. I graduated from college at the end of the first semester and I was invited to come out for only a half year to help out. In April I made a commitment to work at a Marist school in Wheeling, West Virginia and told Marist Eugene I was moving on. I got a call in May that the Brothers were leaving the West Virginia school. I humbly went back and asked if I could stay on. Of course I ended up staying for 14 years. Like any other new teacher, I had to learn the ropes…adapting to a rainy climate (I didn’t see the river until May) and living in trailers was interesting.

Q: What would be your advice to teachers today?

A: These are challenging times for all of us working with youth, but basically young people are still the same as they always have been. They want to be challenged but they also want to be respected and loved. Don’t miss the opportunity – it goes by fast. 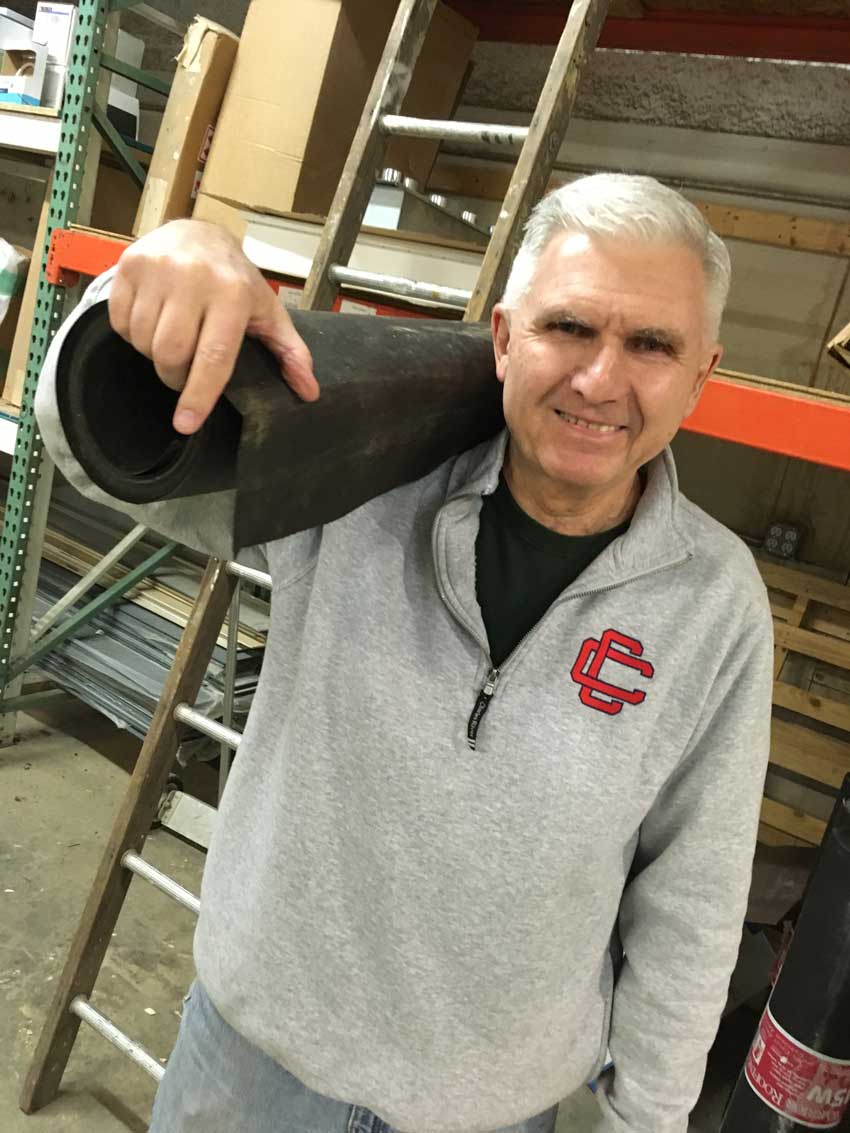 Q: One of the characteristics of the Marist Brothers is having an appreciation for hard work. Teaching is hard enough work, but both you and Brother Dan have referenced other kinds of labor. What was that about?

A: During my first years at Marist Eugene I coordinated the student work program. Students were hired to clean the buildings, empty trash and set up for special events. I can’t count how many times I cleaned the fountain…drove a school bus…mowed lawns. I also helped shut down the water when the pipes burst in the middle of the winter and emptied classrooms during Christmas break to clean and wax the floors The Brothers had a bonding with the campus – it was a part of who we were.

Q: In your remarks at the 50th Gala you said it seemed “surreal” to be here again and you talked about “being formed” at Marist in Eugene. What did you mean by that?

A: Marist Eugene was a significant part of my life. When I left, and eventually when the Marist Brothers concluded their commitment to the school, I never thought that I would return. I’d sometimes wake up from a dream seeing myself standing in the courtyard listening to the fountain. When I was actually back in the courtyard on the campus it was surreal. I lived my young adulthood at Marist Eugene – my first fourteen years as a Brother and educator. Marist Eugene left a lasting fingerprint on my mind and spirit. I’m eternally grateful for that gift.