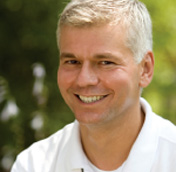 The Brothers I encountered in high school and during summer camps for children with special needs when I was a teenager modeled everything I hoped to get out of being a Marist Brother. I was so inspired by their teaching ability, the love they showed for their work and for their students and the happiness and fulfillment they showed in their own lives. The Brothers were so kind, treated me with respect, listened to me and gave me advice – they were truly brothers to me in every sense of the word.

During the years before my final profession as a Marist Brother and after, I had rich experiences in teaching all types of kids and also being involved in administration at a few of our schools. Our founder, Saint Marcellin Champagnat, teaches us that to really educate a kid, you have to love them first, but before you can love them, you need to know them—and to do so requires tons of patience. For Marcellin, love of students was not a cerebral assent to their goodness. It was, rather, something that expressed itself by physical immersion into their lives: real relationships with real people. We have to understand that kids are unsure of themselves and our presence with them can help assure them that it is okay to be who they are. Kids saw that I respected them that way, and I believe it made my work as an educator easier. I always tried to love them for who they are and recognize them as “unfinished pieces of art.” Even during my years as an administrator, I tried to reach out directly to kids – spend one-on-one time with – and make a positive impact on their lives. In looking back over my life as a Brother, I can also see that in many ways my students have made a profound impact on my life as well. They have helped me be a better Brother.

Oddly enough, it was some of my most difficult experiences over the years that stick out as some of my best experiences. During the summers, I worked at our camp for children with cancer. Once I pitched in when one camper who had a brain tumor was having a seizure. It was a scary experience, but it reminded me of the preciousness of life. I was so impressed by all the campers’ strength and how much they enjoyed being “regular” kids at camp. We tried to teach them that God is in their midst, even during tough illnesses. We worked with them on handling their anger and how they can support themselves through difficult situations. They also taught us a thing or two about supporting others who are struggling and walking beside them during difficult times.

Another very difficult situation came when I first started teaching. A senior was hit by a drunk driver and seriously injured. His parents asked for support from me when they made their decision to end life support. It was a terrible and difficult situation, but it was also so special that they felt I was such an important part of their son’s life that they wanted me to be there during this tragic moment. It reminds me of why I am a Marist Brother – to stand with others and support them through good times and bad

I think the whole purpose of life is to find God in life. Some people find God through themselves or through loved ones. I have found God through my work as a Marist Brother.