The retreat was put together by a committee of Campus Ministers and Religion Department Chairs at the Sharing Our Mission retreat in April. The committee decided that this year’s theme would be the ‘Gier Year,’ and the retreat is based on the idea of Living Water. The first session delves into the way Jesus and Mary were living water for Marcellin, and how Marcellin then became living water for the early Brothers. The second session then explores examples in our own lives of living water that encourage and inspire us to become living water for others.

On August 11, Br. Al Rivera and Maureen Hagan led the retreat at Monsignor Pace with help from Andres Novela, the school’s Campus Minister. The faculty gathered in their newly renovated cafeteria for breakfast, followed by both sessions of the retreat. The weather allowed for participants to wander outdoors during reflection and break times. 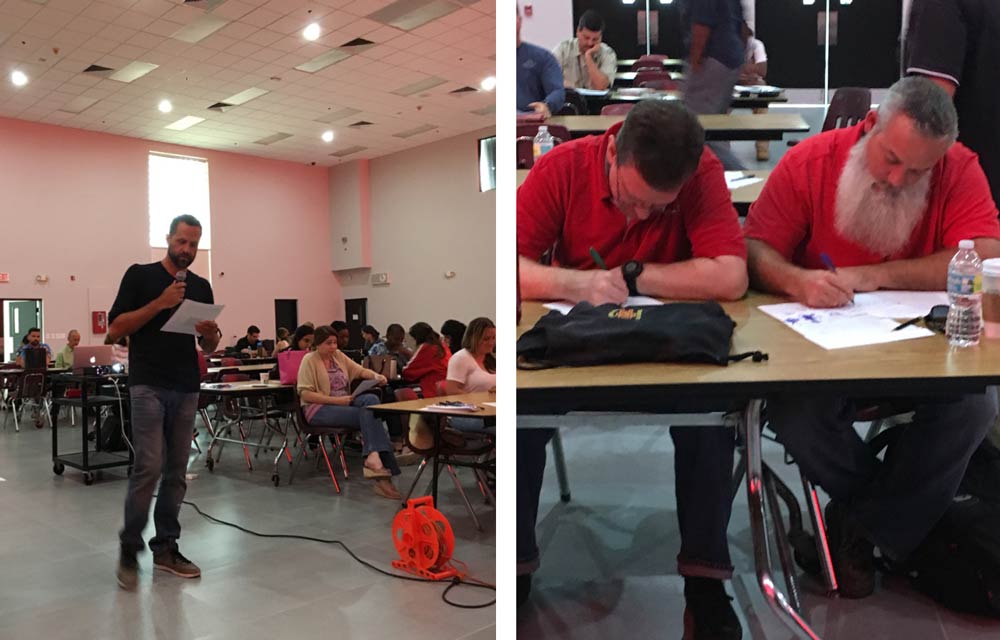 The Christopher Columbus faculty gathered on campus on August 15 and also began the day with breakfast in the cafeteria. The retreat was held in the gym where Br. Al and Maureen were joined by Father Richard LaMorte, the recently retired chaplain at Marist College. The local logistics and set-up were handled by Gerry Gonzalez, Campus Minister at Columbus.

The retreat was well received at both schools, with many faculty members commenting that they appreciated the opportunity to begin the school year in such a prayerful and thoughtful way.

August 29 and 30 brought Br. Al and Maureen to a brand new location – Marist Eugene! Br. Jim Halliday from Central Catholic joined them in offering the staff and faculty in Eugene an opportunity to re-connect with Marist roots, as the school begins the celebration of their 50th anniversary.

Br. Jim began with a presentation on the history of Marcellin Champagnat, and introduced his talk by saying how happy he was to be back in Eugene. He spoke about how the community there helped to form him as a Brother and as a person. He felt he spoke for the many Brothers who spent time there over the years. The participants from Marist Eugene definitely felt the same way – they were thrilled to have Br. Jim on campus again as it reminded them of the beginning years of their school community.

The retreat was held at St. Benedict’s Retreat Center, a beautiful location on the McKenzie River. The retreat was originally scheduled to be an overnight event, it had to be cut short due to the diminishing quality of the air because of the forest fires burning nearby. Most people headed back to Eugene after dinner on Tuesday, and the retreat finished up at the school on Wednesday. 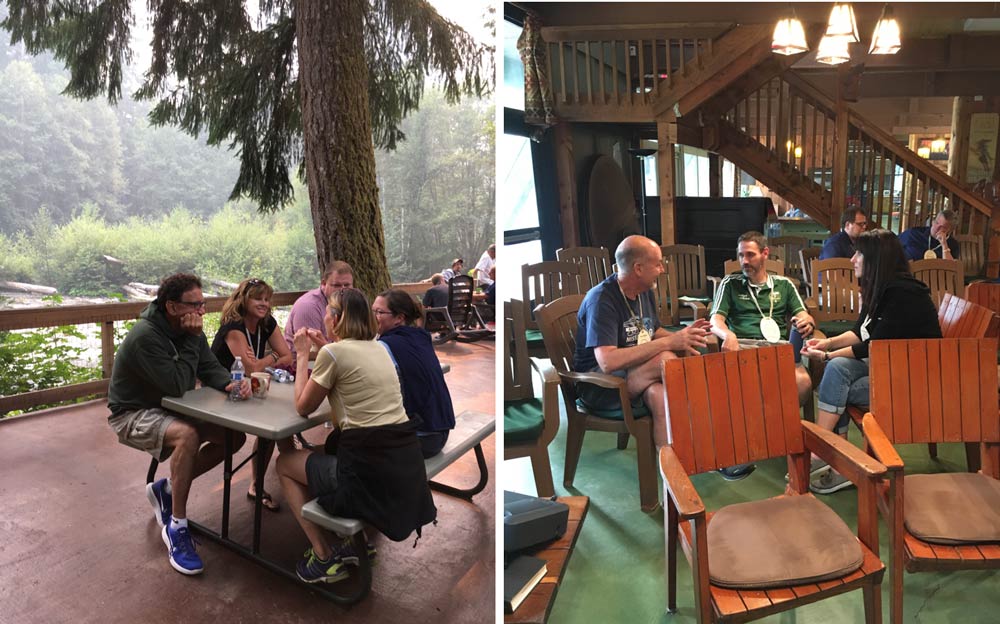 The retreat was supported by Marist staff, including Campus Ministers Dr. Rick Martin and Julie Ferrari, Administrative Assistant Terrie Clemens, President Suzanne Graf, and Principal Stacey Baker. We were also joined by Jerry Ragan, Guidance Counselor, and John Stacy, an alum of the school, who cooked and served meals.

Again, the retreat got very positive feedback, with many folks expressing their gratitude for the chance to remember and reconnect with the Marist charism. We left them with many tentative plans made for visits to the East coast – and the welcome mat will be out!